What explains state responses to the refugees they receive? This book identifies two puzzling patterns: states open their borders to some refugee groups while blocking others (discrimination), and a number of countries have given the UN control of asylum procedures and refugee camps on their territory (delegation). To explain this selective exercise of sovereignty, the book develops a two-part theoretical framework in which policymakers in refugee-receiving countries weigh international and domestic concerns. Internationally, leaders use refugees in order to reassure allies and exert pressure on rivals. Domestically, policymakers have incentives to favor those refugee groups with whom they share an ethnic identity. When these international and domestic incentives conflict, shifting responsibility to the UN allows policymakers to placate both refugee-sending countries and domestic constituencies.

The book then carries out a “three-stage, multi-level” research design in which each successive step corroborates and elaborates the findings of the preceding stage. The first stage involves statistical analysis of asylum admissions worldwide. The second stage presents two country case studies: Egypt (a country that is broadly representative of most refugee recipients) and Turkey (an outlier that has limited the geographic application of the Refugee Convention). The third stage zooms in on sub- or within-country dynamics in Kenya (home to one of the largest refugee populations in the world) through content analysis of parliamentary proceedings. Studying state responses to refugees is instructive because it can help explain why states sometimes assert, and at other times cede, their sovereignty in the face of refugee rights. 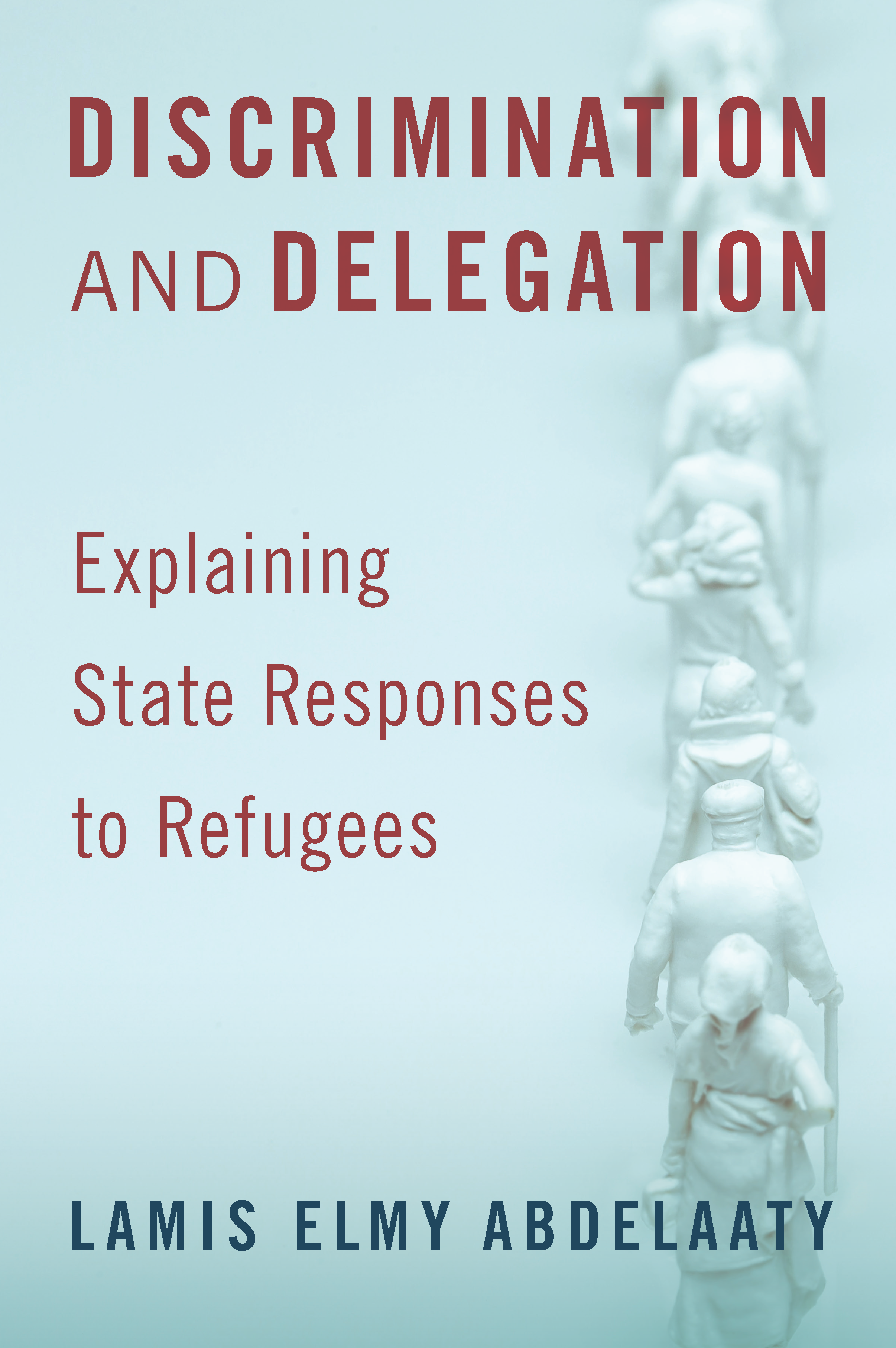 “In this brilliant book, Lamis Abdelaaty effectively combines qualitative and quantitative methods to explain why some states are more generous to refugees than others. The answers she provides — that policymakers will be more open to those fleeing a hostile state and who share the ethnic identity of the policymakers — matter profoundly for both scholarship and practice.”

“Departing from much of the literature that examines whether countries let refugees in, Abdelaaty usefully reminds the reader that countries are more generous to some refugee groups than others and vary in their willingness to delegate to the UNHCR as well. She argues that both choices are a product of a combination of domestic and international politics. Using a terrific mixed methods design, this book sheds light on the response to refugee emergencies both in the past and today, and will help scholars and policymakers better understand the emergencies of the future.”

“Discrimination and Delegation explores a timely and extremely important topic in international politics: state responses to refugee inflows. Lamis Abdelaaty provides a compelling explanation for why states choose to manage refugee policies themselves versus enable the UN High Commissioner for Refugees to do so, and carefully presents both qualitative and quantitative evidence in support of her theory. Academics studying refugee flows, policy makers, and human rights defenders will find this book to be an illuminating read.”

“In this fascinating book, Lamis Elmy Abdelaaty examines the political determinants of asylum policy. Wielding a variety of data and methods, including cross-national statistics, archival research, and fieldwork in Egypt, Turkey and Kenya, Abdelaaty argues that states balance international and domestic interests in selecting policies of restriction, inclusion, or delegation. Compelling and insightful, the book brings a fresh, multi-level analysis to refugee studies and serves as a model for empirically rigorous, theoretically sophisticated scholarship on human rights.”